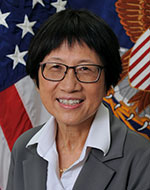 Under Secretary of Defense for Research and Engineering (OUSD(R&E))

Ms. Heidi Shyu is the Under Secretary of Defense for Research and Engineering (OUSD(R&E)). In this role, she serves as the Chief Technology Officer for the Department of Defense (DoD), mandated with ensuring the technological superiority of the U.S. military, and is responsible for the research, development, and prototyping activities across the DoD enterprise. She also oversees the activities of the Defense Advanced Research Projects Agency (DARPA), the Missile Defense Agency (MDA), the Defense Innovation Unit (DIU), the Space Development Agency (SDA), the DoD Laboratory and Engineering Center enterprise, and the Under Secretariat staff focused on developing advanced technology and capability for the U.S. military.

Previously, she served as the Assistant Secretary of the Army for Acquisition, Logistics and Technology (ASA(ALT)), from September 2012 to January 2016. Prior to this, she was Acting ASA(ALT) beginning in June 2011 and appointed the Principal Deputy in November 2010. As the ASA(ALT), she served as the Army Acquisition Executive, the Senior Procurement Executive, the Science Advisor to the Secretary of the Army, and the Army’s Senior Research and Development official. She had principal responsibility for all Department of the Army matters related to logistics. Ms. Shyu also led the execution of the Army’s acquisition function and the acquisition management system. Her responsibilities included providing oversight for the life cycle management and sustainment of Army weapons systems and equipment from research and development through test and evaluation, acquisition, logistics, fielding, and disposition.

Prior to her government service, Ms. Shyu was the Vice President of Technology Strategy for Raytheon Company’s Space and Airborne Systems. 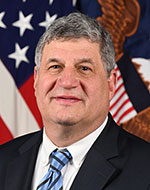 Under Secretary of Defense for Acquisition and Sustainment (USD(A&S))

Senate-confirmed in April 2022, the Honorable Dr. William A. LaPlante serves as the Under Secretary of Defense for Acquisition and Sustainment (USD(A&S)). In this role, he is responsible to the Secretary of Defense for all matters pertaining to acquisition; contract administration; logistics and materiel readiness; installations and environment; operational energy; nuclear, chemical, and biological defense; the acquisition workforce; and the defense industrial base.

Prior to this appointment, Dr. LaPlante served as President and Chief Executive Officer of Draper Laboratory, a research and development company specializing in advanced technology solutions in national security, space exploration, health care, and energy. Previously, he was senior vice president and general manager at MITRE National Security, where he oversaw the operation of two federally funded research and development centers and the U.S. Department of Commerce’s National Institute of Standards and Technology.

Dr. LaPlante served as the Senate-confirmed Assistant Secretary of the Air Force for Acquisition, Technology, and Logistics from 2014 to 2017, where he aligned that Service’s $43 billion acquisition enterprise budget with the Air Force vision and strategy. During his tenure, he forged a path forward on critical Air Force acquisition programs such as the B-21 long range strike bomber, while realizing nearly $6 billion in “should-cost” savings in other programs. Prior to this position, Dr. LaPlante spent 26 years at Johns Hopkins University Applied Physics Laboratory (APL), ultimately leading the Global Engagement Department where he was responsible for all of APL’s work supporting offensive strike military capabilities. He also served as a member of the APL’s Executive Council.

Dr. LaPlante has been a member of several scientific boards and commissions focused on maintaining national security, including the U.S. Strategic Command Senior Advisory Group, Naval Research Advisory Committee, and Defense Science Board. He joined other national experts as a commissioner on the congressionally-mandated Section 809 Panel, which performed a comprehensive review of Department of Defense acquisition policies and provided improvement recommendations, many of which became law. 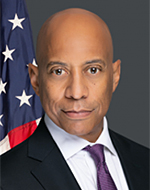 Dr. Reggie Brothers is an Operating Partner with AE Industrial Partners, a private equity and venture capital investment firm specializing in aerospace, defense & government services, space, power & utility services, and specialty industrial markets. Prior to this role he was the CEO of BigBear.ai, which brings together leading-edge data management, analytics, artificial intelligence, cloud technologies and computer network operations to deliver advanced decision support solutions to government and business leaders. He led the company through five acquisitions and listing on the NYSE. He served as Executive Vice President and Chief Technology Officer of Peraton and as a Principal with The Chertoff Group. Prior to that, he served as Under Secretary for Science and Technology at the U.S. Department of Homeland Security. Senate confirmed on April 8, 2014, he was responsible for a science and technology portfolio that included basic and applied research, development, demonstration, testing and evaluation with the purpose of helping DHS operational elements and the nation’s first responders achieve their mission objectives.

From 2011 to 2014, Dr. Brothers served as Deputy Assistant Secretary of Defense for Research at the Department of Defense. In this position, he was responsible for policy and oversight of the Department’s science and technology programs and laboratories. He has also held senior roles at the Defense Advanced Research Projects Agency, BAE Systems, Draper Laboratory and MIT Lincoln Laboratory. Dr. Brothers received a B.S. in Electrical Engineering from Tufts University, an M.S. in Electrical Engineering from Southern Methodist University and a Ph.D. in Electrical Engineering and Computer Science from the Massachusetts Institute of Technology. He has five patents, is a member of the Department of the Air Force Science Advisory Board, a member of the NASA Independent Study Team on Unidentified Aerial Phenomena (UAP), a Distinguished Fellow at Georgetown’s Center for Security and Emerging Technology (CSET). Dr. Brothers serves on the Boards of Redwire Space, American Pacific and Riverside Research. 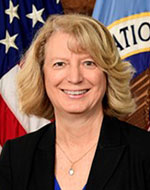 Dr. Rita M. Bush is the Chief of the Laboratory for Advanced Cybersecurity Research at the National Security Agency (NSA). The Laboratory aims to enable mission effectiveness by advancing the sciences of cybersecurity and privacy to create resilient and scalable solutions for cybersecurity.

Prior to her current role, Dr. Rita M. Bush served as the Assistant Director for National Intelligence for Private Sector Partnerships within the Office of the Director of National Intelligence (ODNI). Dr. Bush worked with her team to lead the Intelligence Community’s outreach efforts in developing strategic partnerships with the private sector.  Dr. Bush also served for three years as the Deputy Chief of the Computer and Analytic Sciences Research Group at NSA, where she co-led a team of scientists that conducted advanced research in computer science and related disciplines, and applied the results to support the NSA mission.  From 2006 to 2015, Dr. Bush worked at the Intelligence Advanced Research Projects Activity (IARPA), where she was one of the founding Program Managers and served in multiple managerial positions.  While at IARPA, she launched several new research programs in support of intelligence analysis and tradecraft.   Dr. Bush began her government career at NSA in 2004, where she served as a Program Manager for research focusing on big data analytics, data visualization techniques, and software to enable analytic collaboration.

Before beginning her government service, Dr. Bush worked in the telecommunications industry where she held technical and management positions at Bell Laboratories, Bell Communications Research, Telcordia Technologies, and AT&T.  Her early technical work focused on human-computer technologies and usability engineering.  She is a recipient of the ODNI Exceptional Service Award. 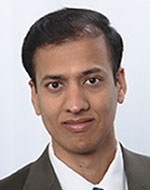 Dr. Thyaga Nandagopal serves in the Directorate of Technology, Innovation and Partnershps (TIP). He is the Division Director for the Division of Innovation and Technology Ecosystems (ITE).  Prior to this role, he was the Deputy Division Director (DDD) for the Division of Computing and Communication Foundations (CCF) in the CISE Directorate.  He was a program officer in this directorate from 2012 - 2017, where he managed wireless networking and mobile computing research within the Networking Technologies and Systems (NeTS) program at NSF.  He has been with the Foundation since February 2012.

Before joining NSF, Dr. Nandagopal spent 10 years as a Member of the Technical Staff at Bell Labs/Alcatel-Lucent Bell Labs. His research interests dealt with networking in the cloud, green networking, and software-defined networks. In this role, he helped pioneer the development of the first commercial carrier-grade software-defined network platform (ALU 9980 AINP) between 2006 and 2008, with industry-leading features such as service-chaining and network function virtualization. He also worked extensively on wireless ad hoc/mesh networks and sensors/RFID systems, with specific focus on algorithms for enabling efficient operations of these systems.

Dr. Nandagopal holds 38 US patents awarded and several patents pending, and has published numerous papers in highly regarded conferences and journals in the field. He has also served as program chair or co-chair for many technical program committees, and Associate Editor for IEEE Transactions on Mobile Computing. Dr. Nandagopal is a Fellow of the Institute of Electrical and Electronics Engineers (IEEE). 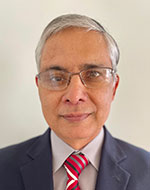 Dr. Gurdip Singh is the Division Director for Computer and Network Systems (CNS) in the CISE Directorate at National Science Foundation. He is currently on leave from George Mason University where he is the Divisional Dean for the School of Computing. He was previously Associate Dean for Research and Graduate Programs of the College of Engineering and Computer Science at Syracuse University and served as Program Director in CNS division at NSF from July 2014 to August 2016. From 2009 and 2014, he was the Head of Computer Science Department at Kansas State University. Dr. Singh earned his MS and PhD degrees in Computer Science from SUNY, Stony Brook in 1989 and 1991 respectively, and his B. Tech degree in Computer Science and Engineering from IIT Delhi in 1986. His research and teaching interests include real-time embedded systems, sensor networks, network protocols and distributed computing.

Thank you to our patrons 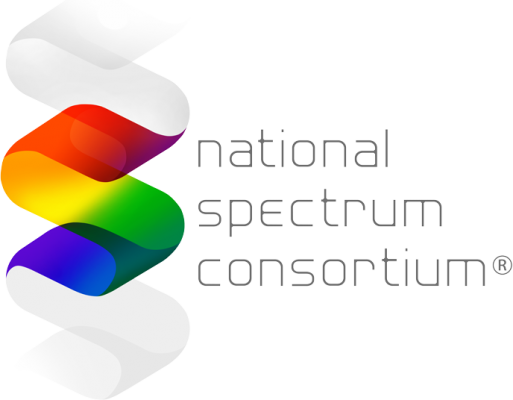 Thank You To Our Exhibitors 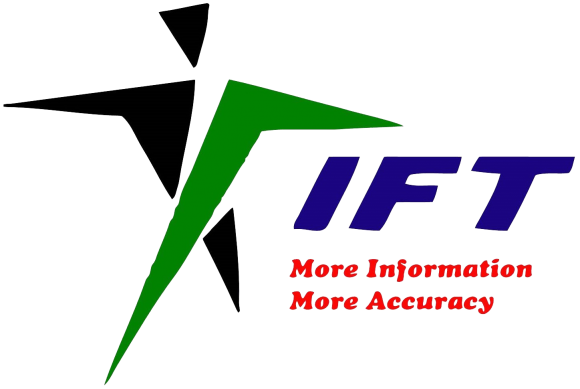 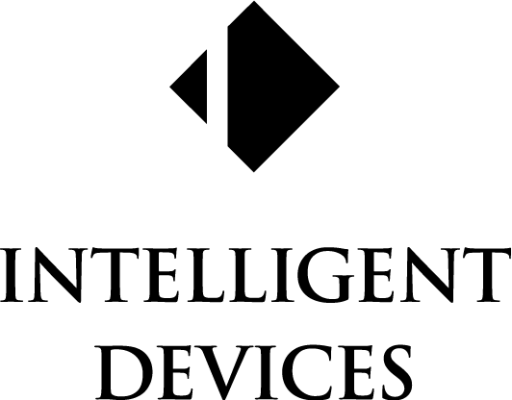 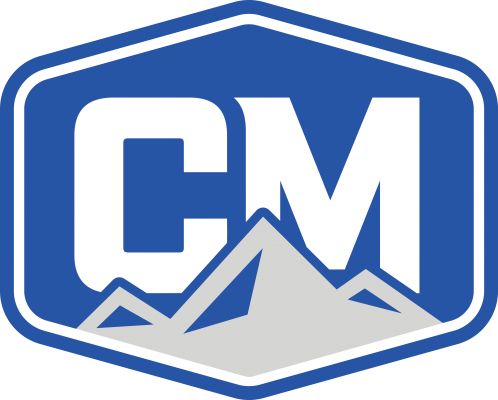 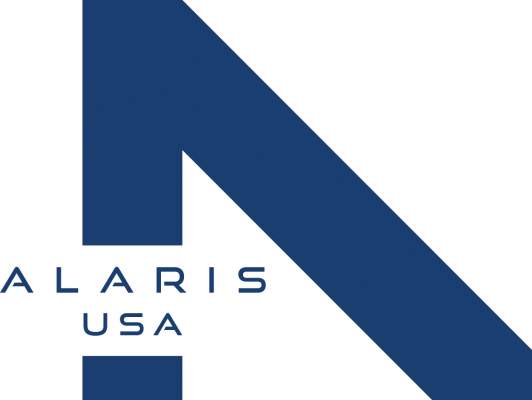 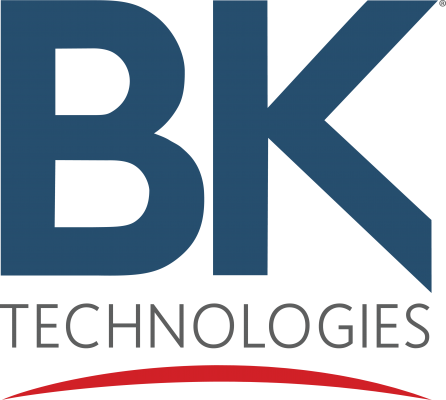 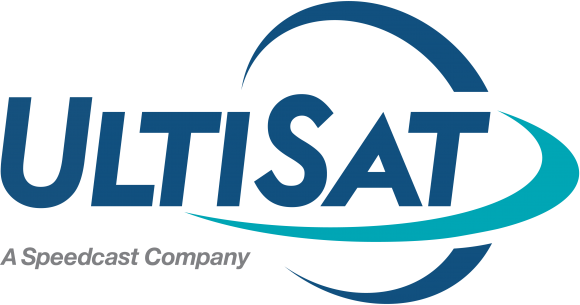 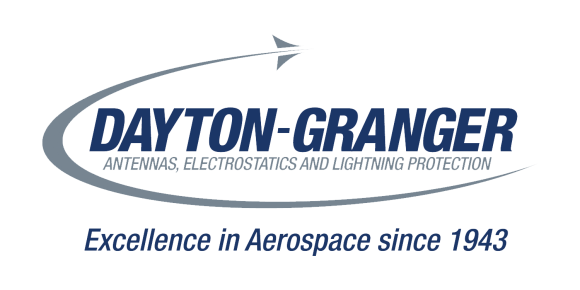 Thank You To our Supporters